by rukristin
369
Men can be feminists too, in fact, it would be awesome if they all decided to up and become feminists! 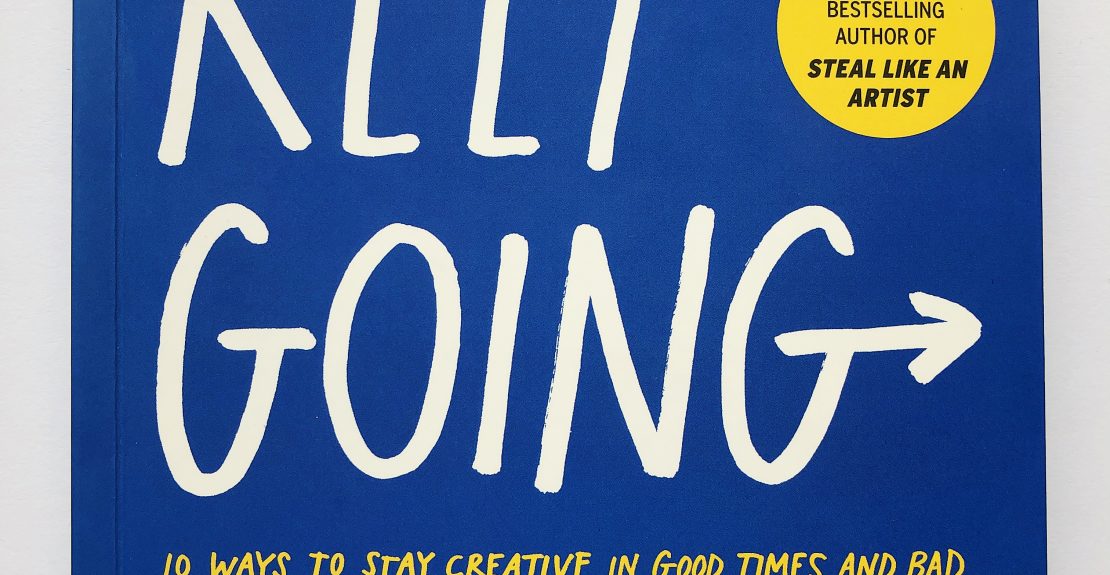 This past Monday, we had New York Times best-selling author Austin Kleon on the podcast to talk about his new book, Keep Going. This is his third book in the trilogy on living a creative life.

I really enjoyed his first two books: Steal Like an Artist (our first Crafty Ass Book Club selection) and Show Your Work. But I think this one was definitely his best, yet, and so I was super excited to have a chance to talk to him about his writing, and a bunch of other amazing things.

At the end of the show, we asked Austin whether or not he considered himself to be a male feminist, and while you should definitely take the time to listen to the full show and his full answer — here’s a quick quote that helps break down a couple of the ideas he put out there.

“I think true feminism is a vision of the world in which hierarchical structures are broken down and there’s a kind of egalitarian thing that goes on and the way that I would put it is: my idea of feminism jives really closely with what I’ve discovered about art, which is the traditional notion of art is that it comes from the great genius, that there are these special people in the world – and they’re always dead white guys.

…I just see feminism as a ‘way out’ for everybody. Like look: if you can get down with this, it’s gonna free you, man. This is gonna take you out of your own nightmares. It really will, like, TRUST ME.”

I thought it was a really great and heartfelt answer from Austin.

I also think it’s important that we talk about the need for both male allies (like Austin Kleon) and the ability to use the words male feminist as well as just the word feminist. Men can be feminists too, in fact, it would be awesome if they all decided to up and become feminists!

The term feminist is not just reserved for women. In a world where we should be increasingly trying to move away from a male/female dichotomy and more towards an understanding of gender as a spectrum. If that’s the case, then feminism needs to be a word and a term and a movement that belongs to the people across that spectrum.